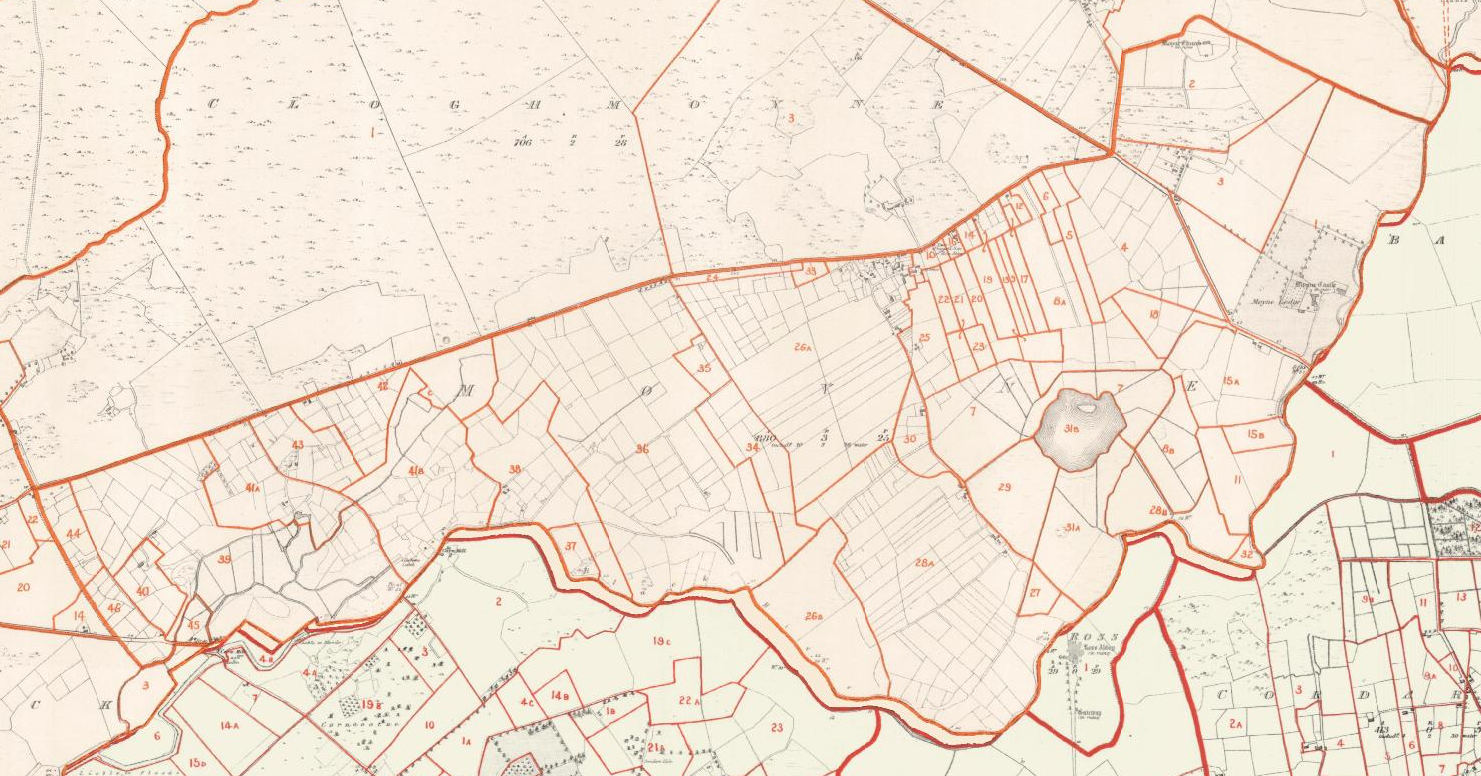 Click on Town Plan for a more detailed version

Click on the Griffiths Valuation Ballinrobe Page # 162 to see a list of tenants with plot numbers to match the Griffith map.

Placenames mentioned in this townland are :

Field Name Book description from 1838/1839 noted by the surveyors who produced the O.S maps originally.

Situated in the south side of the parish. It is bounded on the N. by the td. of Cloghmoyne; E. by the td. of Toorard; W. by Gortbrack td.; and S. by the ph. of Killursa, in County Galway.

It contains 880a 3r. 25p., including 10a. 3r. 28p. of water., It is the property of Charles Blake, Esq., of Melon Park. It is let on leases of lives and years; in farms of from 3 to 36 acres including bog, at The early rent of ?2 15s. per acre, on average. In the E. of this td. is Moyne Lodge, the seat of Mr. Golden, and adjoining it is the old ruined Castle of Moyne, underneath which passes the river Moyne. In the N,E. side of the td. are the ruins of a church and graveyard, surrounded by a strong, loose stone wall, circular in shape like a fort. At the north side of the td. is a square fort on the road side; its walls are very thick.